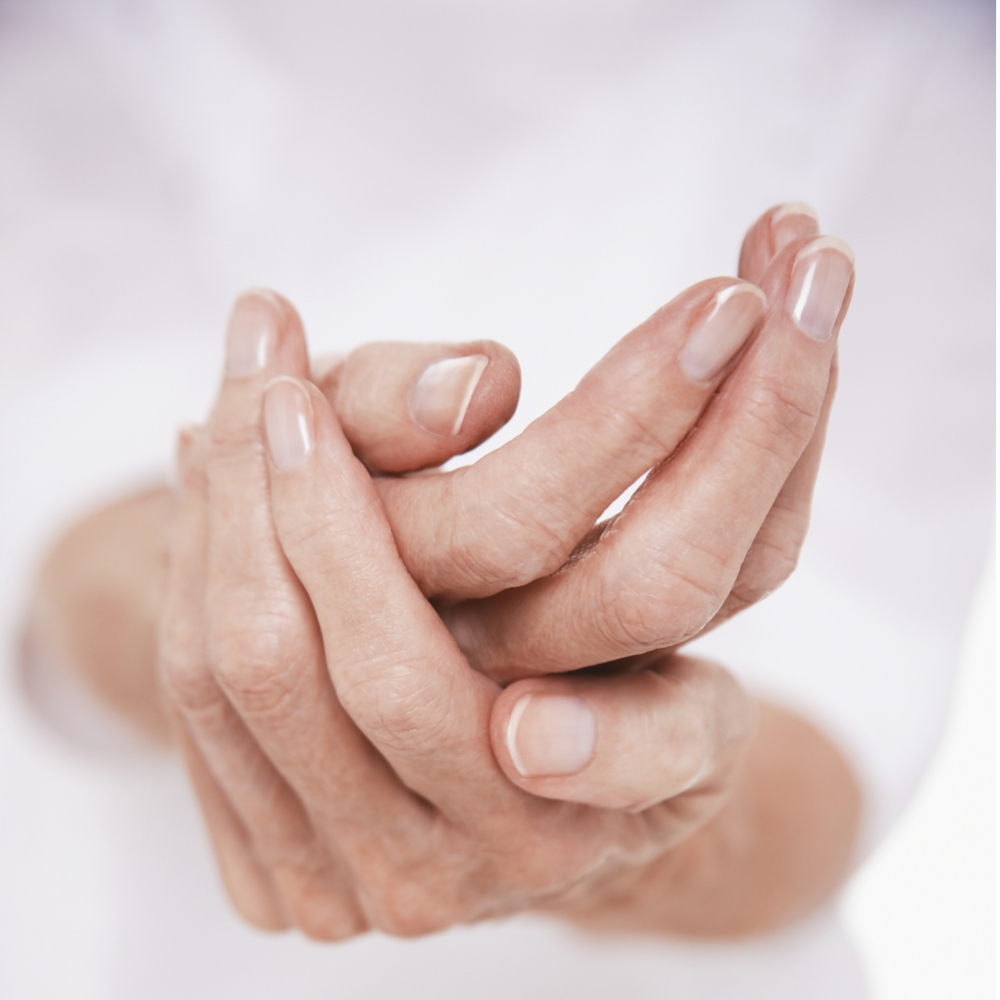 Deciding on whether or not an older loved one has signs of Parkinson’s Disease can be tough. It’s also a bit hard to pin down exactly how many signs of PD there are. Some doctors list 7, others 15, still others count up to 22. Here we’ve listed 9 of them.

Before we get into it, there are 2 things caregivers need to know. First, many of the early signs of Parkinson’s look quite common to old age in general. That’s because they are. It’s only if your loved one exhibits two or more of these PD symptoms that you should be concerned.

Secondly, if you think your loved one is exhibiting two or more symptoms, don’t delay: Let their primary care physician know. The earlier Parkinson’s is diagnosed, the more effective treatment can be.

This is probably the most well-known early symptom of PD. As a matter of fact, some physicians consider it the defining characteristic.

Tremors usually start on one side of the body, and eventually spread. They also usually stop when the person starts using that specific part of the body.

Hyposmia is the medical term for loss of the sense of smell. You read that right: a plurality of Parkinsons’s victims either have difficulty smelling or cannot smell at all. A variation of this is retaining the sense of smell but losing the ability to identify odors.

Another possible sign of Parkinson’s disease has to do with sleep disorders. While insomnia is high up on the list, Parkinson’s victims might also suffer from sleep apnea, narcolepsy, extreme daytime fatigue and more.

This is another one of the defining signs of Parkinson’s disease. Have you ever heard of people with Parkinson’s being characterized as having “wooden” facial expressions? That’s a result of facial masking. Parkinson’s slows down muscle movement and makes it more rigid. One of the casualties is the ability to express emotions and interest in facial expressions.

This doesn’t mean that your loved one stops feeling if they have Parkinson’s, not at all. But the loss of facial expression makes it a lot more difficult for others to discern their emotions.

Don’t get nervous. There is nothing to connect people who have always had small handwriting with Parkinson’s. What we’re talking about here is a sudden change in handwriting size, otherwise known as micrographia. When that occurs, the person’s handwriting suddenly looks cramped, like it does when you’re trying to fit a lot of words into a small space.

Is your loved one suddenly slouching or hunched over? If they are, and you see other symptoms on this list as well, that’s cause for concern. A slouched or hunched over posture is one of the earlier possible signs of Parkinson’s.

Ever heard of the basal ganglia nerves? They’re located deep inside the brain, and they control balance and flexibility.

And Parkinson’s disease targets them specifically. Which is why loss of balance is a real red flag.

One of the things that Parkinson’s disease does is lower the body’s level of dopamine, the “feel-good” hormone. And when levels of feel-good hormones drop, what takes its place doesn’t feel good at all.

Some psychological warning signs include:

The word bradykineia means a slowing down of movement. If you know people with Parkinson’s, then you’ll have seen that their movements can be awkward and slow or stiff.

What should I do if I see early signs of Parkinson’s disease?

Excellent question. The answer is, proceed with caution. The thought of a debilitating disease like Parkinson’s is frightening – both for you and your loved one. If you don’t think it will be productive to share your concerns with your loved one, then don’t. Make an appointment with their primary care physician for something else entirely, and then bring it up there. Or take if up with the nursing staff at your loved one’s residence.

But whatever you do, please don’t ignore it.