Have you ever heard the term, calm nervous system?

A calm nervous system can prevent you from getting overanxious, becoming overwhelmed with an imbalance of emotions, and getting serious physical symptoms. 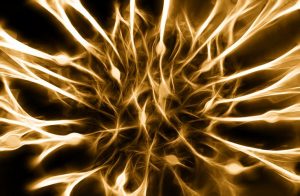 So what exactly is the nervous system?

Without getting to detailed, the autonomic nervous system is divided into three sections:

When Your Nervous System Isn’t Calm

According to Dr. David Wallin, author of Attachment in Psychotherapy, ‘High levels of arousal are associated with the activation of the sympathetic side of the ANS that prepares us for fight or flight by quickening respiration, accelerating the heart rate, and moving blood to the limbs. Low levels of arousal are linked to activation of the parasympathetic system that leads, at the extreme, to tonic immobility or “freezing.”’

When your nervous system isn’t calm, your body will feel different. That’s because it’s interpreting the situation as if there were a real threat taking place. And it wants you to face it successfully so it gets your body ready. The issue is that when the the entire threat is in your own body, the stress and activation of the system only makes you feel worse.

Calming you nervous system means putting yourself into a state of calm so that you don’t go into fight, flight, or freeze mode when there’s no real threat present.

In part two, we’ll have a look at ways to calm your nervous system.