Have you heard of Charles Bonnet syndrome (CBS)?

If you suffer from vision loss and happen to have visual hallucinations, you’ll be glad to know about this. 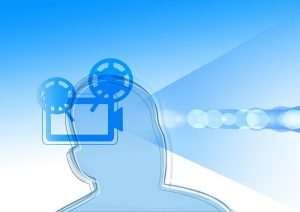 Hallucinations can be frightening especially because we typically associate them with psychosis, says Oliver Sacks in his Ted talk on the subject.

One way Charles Bonnet syndrome differs than psychotic hallucinations is that the experience is one of looking from the outside in. In other words, while someone with the syndrome is seeing things that aren’t objectively happening, they are not a part of it. There is no interaction between the ‘not real’ characters and the one seeing them.

Another interesting point, “people with Charles Bonnet syndrome are usually aware that the visions aren’t real, even if they’re vivid,” says the NHS of the U.K.

Unfortunately, only a fraction of those suffering from the syndrome report what they’re going through to their doctor, says Sacks. Apparently, this is related to stigma. So, understanding that this is not a mental health issue may allow those afraid to reach out to get the help they need.

Here is Oliver Sacks’ intriguing talk. You can hear how he eloquently describes case examples and presents findings from brain research that gives us a better understanding of CBS.

Do you know someone suffering from CBS?

What would be helpful for them to know?