Drinking tea daily can make your brain and you very smart, according to a recent study. That’s right, drinking black or green tea at least once a day-every day, can cut the risk of dementia in senior citizens by 50 percent. And furthermore, for those who are genetically at risk for developing Alzheimer’s disease, regular tea consumption may cut their risk by 86 percent! These findings were published in the Journal of Nutrition, Health & Aging.

Right now, more than 165 million Americans drink tea — and that is a very good thing. Make that your daily habit, as it could help you later in life. 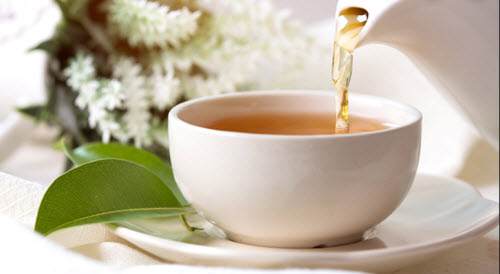 Earlier research, including studies in Norway, China and the United States, has linked drinking tea with better brain performance. The Singapore study looked at both green and black tea consumption, as well as tea’s effect on people with the APOE e4 gene, a known risk factor for Alzheimer’s.

The research team studied the tea-drinking habits of 957 healthy Chinese adults age 55 and older from 2003 to 2005 and then tested their cognitive function every two years until 2010.

They found that regular tea drinkers, defined as 1-3 cups a day, enjoyed the most brain benefits. The benefits were especially strong in those with the APOE e4 gene, according to the study.

Tea leaves contain flavonoids that have anti-inflammatory and antioxidant properties that may protect the brain from vascular damage.

Both green and black tea helped, but they need to be brewed from tea leaves. And, the these tea leaves need to be either loose or in tea bags. The results don’t apply to fruit or herbal teas.

Even though the study was conducted on older Chinese adults, the results could apply to other ethnic groups, as well. If so, drinking tea every day is a simple and inexpensive lifestyle measure.  It certainly can help your senior years.