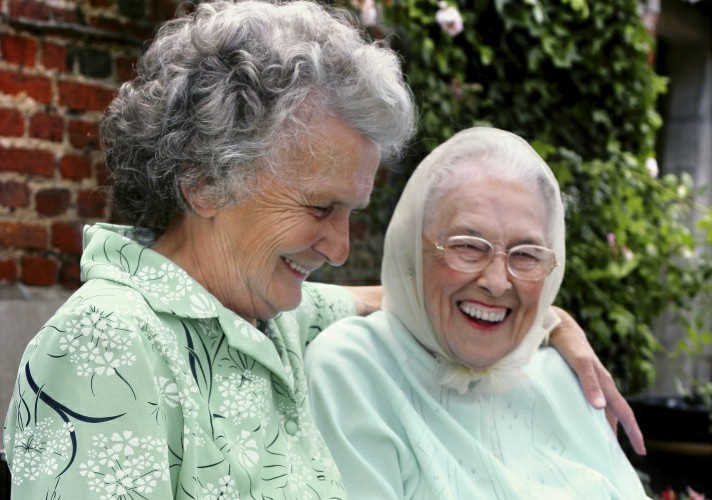 Why does that matter? Because if you have a loved one who’s suffering from Alzheimer’s, you’ll have more tools to deal with issues if you understand exactly what it is they’re suffering from.

Satistically speaking, 90% of people who suffer from Alzheimer’s have what’s called “late-onset.” This type of Alzheimer’s is almost always diagnosed at or after the age of 65. The age factor here is one of the reasons people view Alzheimer’s as a natural part of the aging process.

The truth, though, is that it’s not.

Researchers have known for a long time that Alzheimer’s is a specific disease, not a phenomenon that develops with time. What they didn’t know is, what causes it. All they knew was that Alzheimer’s causes calcium (or plaque) to build up in the brain.

But there’s been a recent breakthrough. According to research done by Dr. Philippe Marambaud at the Feinstein Institute for Medical Research and Albert Einstein College of Medicine, it seems very likely that the hippocampus region of the brain is home to a gene (CALHM1) that functions as a calcium channel. Which, considering what we said before about Alzheimer’s and calcium buildup, makes a lot of sense.

You might be wondering why this kind of technical material is important. The reason is that, the more we – caregivers, family, skilled nursing staff and medical teams – understand the causes behind Alzheimer’s, the more we can work with it, deal with it and, hopefully one day, slow it down or even prevent it.

The second of the 3 types of Alzheimer’s is a lot less common than the first. Which is a good thing. Early-onset Alzheimer’s usually affects people around the age of 50 and as young as those in their mid-30s. Because those in this age bracket are usually way too busy for doctors – and also because of the rarity of the disease – it can be difficult at first to arrive at a diagnosis.

A popular myth surrounding early-onset is that it progresses faster than the first type. But it really is a myth with no basis in reality whatsoever.

This last type of Alzheimer’s is called Familial Alzheimer’s Disease, or FAD. It’s also early-onset, the difference being that FAD is hereditary. Since researcher’s have isolated which gene mutations cause FAD, those who have a parent or grandparent suffering from it can elect to be tested for it.

This is a really hard decision to make because FAD – like all Alzheimer’s and dementia – does not as yet have a cure. Which puts the person in the rather unenviable position of knowing that while they’ll be really relieved if they test negative, they’re running the risk of experiencing a kind of personal tragedy if they test positive.

For that reason, many people choose not to be tested. Those who opt for testing often do so because they want to qualify for clinical trials that might improve the quality of their lives, or even succeed in finding a cure. It’s a very personal, gut-wrenching decision – and the only one who can make it is the person in question. If you’re dealing with this issue, please keep in mind that no one – not family, not friends, no one – has the right to pressure you in any direction.