Strokes can happen from excessive smoking, high blood pressure, not exercising, and eating foods that are high in sugar salt, and fat. What is less well known is that strokes can also happen from lesser known factors such as sleep deprivation, bad oral hygiene and binge drinking. Do you engage in any of these activities? If you do, stop immediately.

Indeed, according to the American Stroke Association Advisory Committee, stroke is the fifth-leading cause of death in the United States. It’s a major cause of disability among older adults, causing difficulty walking, memory loss and speech difficulties. Most strokes are triggered by a blood clot in the brain; in other cases, a blood vessel bursts.

There are a lot of different physiological processes going on inside blood vessels, and many different contributing factors. 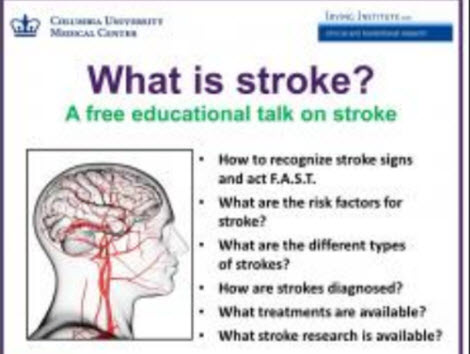 Let’s look at some of the lesser known causes for stroke:

Much evidence shows that sleep deprivation increases your risk for stroke. In one study, researchers found that regularly sleeping less than six hours a night quadrupled the risk of stroke symptoms among middle-aged people and seniors.  Too little sleep will increase your inflammation, stress hormones, blood pressure and blood sugar levels. The best amount of sleep is 7 to 8 hours a night.

Brushing and flossing daily also keeps your cardiovascular system healthy. A 2018 study in the journal Cerebrovascular Diseases Extra found that the worse your dental hygiene, the higher your chance of having a stroke. It’s possible that the bacteria that infect your gums seep into your bloodstream, causing blood vessel inflammation and other problems.

A single night of binge drinking

Too much alcohol increases your risk for heart attack and stroke. One analysis in the journal Circulation found that if you drink six or more cocktails in an evening, you have a 30 percent higher risk of having a cardiovascular event within 24 hours.

The American Heart Association recommends only two drinks a day for men and one drink a day for women.